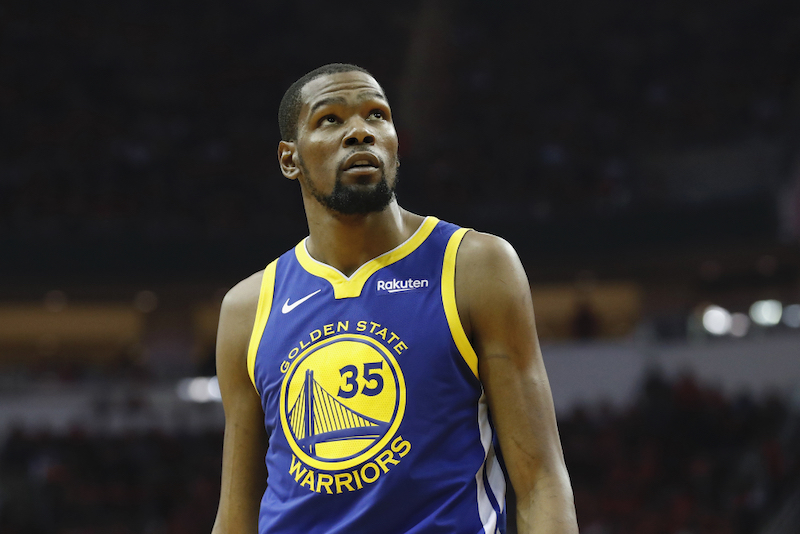 2 months ago, NBA finals saw an NBA franchise record as the Toronto Raptors took the championship for the first time, having defeated the Golden State Warriors by only four points. The loss may have come as a shock to the Warriors, as they had defeated the Raptors in their previous match, just days earlier.

However, the Warrior's 1-point triumph over the Raptors in Game 5 came at the cost of star player and MVP Kevin Durant. Early in the second quarter, Durant keeled over in pain, visually clasping below the back of his right calf.

Durant had suffered a painful rupture to his Achilles tendon, a flexible band of connective tissue which joins the lower calf muscle to the bone of the heel. While an Achilles tendon tear generally doesn't end an NBA career, history shows that it can cause ongoing issues to its sufferers.

Mark Lin, Australia's leading sports podiatrist and director of Sydney-based Footwork Podiatry, says that “over my last 10 years in practice, 90% of the clients that I have seen have been suffering from ongoing issues in their calf muscles, these have often been uncovered due to the surging of other more painful problems, such as Achilles issues.”

Having already missed the majority of the season just passed, Washington Wizards player John Wall is also expecting to miss the majority of the coming 2019-2020 season as he is still recovering from his ruptured Achilles injury, resulting in surgery in February of this year.

Another all-star player, Demarcus Cousins, suffered an Achilles tendon rupture in January of 2018 which resulted in a season-ending reparative surgery while playing for the New Orleans Pelicans before he joined Durant on the Golden State Warriors team later last year.

Achilles injuries can present in a variety of ways, such as a sharp, shooting pain in the back of your heel, or stiffness or dull ache originating in the Achilles tendon that radiates up to the calf muscle. External factors such as incorrect footwear, a sudden increase in physical activity, overtraining, or training on hard or uneven surfaces can lead to Achilles tendon injuries.

These types of injuries must be dealt with swiftly, as the delay of their treatment could lead to irreversible tissue damage and long-term rehabilitation. As with many podiatry problems, Footwork Podiatry always recommends early evaluation and intervention to its patients.

While symptoms may not be debilitating, ordinary symptoms, such as calf tightness, with time can contribute to the eventual rupturing of the Achilles tendon, which can be severely painful and present long-term repercussions.

At Footwork Podiatry, we optimise treatment of Achilles tendon injuries, focussing on the reduction of excessive loading on the Achilles tendon, and the restoration of normal tissue function.

We also specialise in a range of preventative treatment techniques for a variety of podiatry problems, including Achilles tendon injuries, that provide patients with sustainable relief of pain, promote the proper healing of muscular tissues and correct any underlying causes that we uncover.

If you are presenting with early warning signs or are concerned that you may have already suffered an Achilles tendon injury, contact Footwork Podiatry to book your assessment and get ahead of the game with preventative treatments.

Mark Lin is a leading Sports Podiatrist in Sydney. Footwork Podiatry has two convenient locations Roseville on Sydney’s North Shore and Sydney CBD. Both offer the full spectrum of podiatry treatments and although they receive referrals from medical doctors, they are willing to assess and assist anyone who suffers from lower-limb issues.

For further information, visit the Sports and Podiatrist Clinic to book online, or call Mark Lin and his friendly team on +61 2 9416 7889.