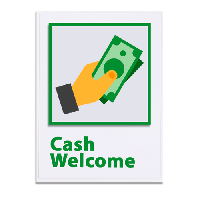 What happened to the Cashless Society?

ATM cash withdrawals are trending UP

New data from the Reserve Bank of Australia reveals the number of ATM cash withdrawals is trending up in 2022.

The value of cash withdrawals is stable, indicating that cash is being withdrawn for daily use, not for hoarding.

RBA data also shows the total amount of cash on issue is on the rise again, at well over $102 billion worth of notes on issue in Australia.

Lockdowns are clearly closely correlated with cash withdrawals, which fell to 21,961,000 in the depths of the first round of COVID lockdowns in April 2020 and 24,653,500 during the NSW and Victorian lockdowns of August 2021.

Since those lockdowns have ended, cash withdrawal numbers have been trending up.

The total value of Australian bank notes on issue is rising again as well.

The total value of Australian banknotes held in the hands of the public is currently $102,302 million (6th April) according to the RBA.

"There is more cash in the community than ever before and more cash being withdrawn for daily use, despite fewer bank branches and fewer bank-owned ATMs."

"Aussies are clearly coming back to using physical notes and coins for their daily life, for shopping, eating and entertainment.

"The endless predictions of a cashless society, just around the corner, continue to be ridiculously wrong and reveal the motivation of the vested interests making those predictions."

"Cashless payments are a gravy train of fees and data, can easily lead to over-spending and are not reliable," said Jason Bryce.

Cash is Australia's favourite way to pay according to this online survey which has collected more than 6,000 responses.