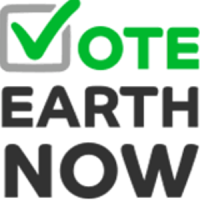 In the lead up to the federal election, deciding who to vote for can feel overwhelming for many Australians, especially those who don't feel a particular allegiance to either of the two main political parties.

Many voters question whether their vote can actually "make a difference".

With this in mind, voteearthnow.com encourages Australians to use their 2022 federal election vote to have Climate Change a critical factor in their decision.

Rather than viewing the election as simply a choice between individuals, the Vote Earth Now movement asks voters to consider the local parliamentary candidate with the most robust environmental credentials in their electorate.

Vote Earth Now provides a website (voteearthnow.com) with the necessary information to see which local candidate has the most robust environmental credentials through the Climate Change Action Score.

Vote Earth Now is an unbiased, non-partisan, not-for-profit organisation fighting climate change in the most powerful way we can act as citizens of a democracy.

Visit the website and select the local parliamentary electorate to see how each candidate scores on Climate Change:

The website lists each candidate with a "scorecard" rating on each parliamentary candidate's track record on environmental issues. It considers issues such as whether the candidate has taken positive or negative action on the environment in the past, whether they are backed by "Big Coal", and whether they belong to a party that harbours known climate change deniers.

Voters can click on a link that asks, "Who should I vote for" and then enter their electorate details to find out how the candidates in their electorate are scored on their environmental track record.

The movement is the passion project of prominent Newcastle surgeon Dr Rob Eisenberg. He believes that we should use our democratic right to vote to send an emphatic message to our politicians that they will be held accountable for their environmental records.

"I believe many Australians have lost faith in our major political parties, particularly on critical issues such as climate change. Choosing between Scott Morrison or Anthony Albanese is depressing for the many concerned Australians who are desperate for our nation to take real action to protect our planet," said Dr Eisenberg.

"For these people, the issue at stake far outweighs any political preferences; it is too important".

Vote Earth Now is an unbiased, non-partisan, not-for-profit organisation fighting climate change in the most powerful way we can act as citizens of a democracy.

We educate and empower you to use your future vote to encourage political action now.

We are all volunteers from all walks of life - we are entirely politically independent. We are fiercely committed to fighting climate change and saving all forms of life on this planet. Even politicians!