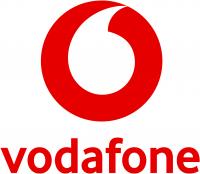 Presents for customers: Free international calls all weekend
16 October, 2014: Vodafone is celebrating 21 years of mobile services in Australia by rewarding its customers with free standard international phone calls to its 10 most popular overseas call locations this weekend.

Since it built its first mobile phone tower here in 1993, Vodafone has invested around $13 billion in developing network infrastructure, creating thousands of jobs and providing cutting-edge mobile services.

“Twenty-one years ago Vodafone set out with the mission to offer Australians great choice and value for money for mobile services,” said Chief Executive Officer Iñaki Berroeta. “We continue to be guided by that commitment today.

“The Australian telecommunications industry would be vastly different if Vodafone wasn’t fully invested and committed to creating a truly competitive environment.”

A birthday present for Vodafone customers

To mark Vodafone’s 21 years in Australia, the company is thanking its customers by offering them free standard international calls this weekend to 10 locations.

On Saturday 18 and Sunday 19 October, customers will be able to call any landline or mobile in China, India, USA, UK, New Zealand, Singapore, Thailand, Malaysia, Hong Kong and South Korea. There’s no limit to the number or length of the calls customers can make*.

“On behalf of Vodafone, I would like to thank our customers for their loyalty. We have many customers who have been with us for the majority of our 21 years in Australia,” said Mr Berroeta.

“Australia is a multicultural place, and around 40% of Vodafone’s customers were born overseas. Because so many of us have friends and family living and travelling overseas, we thought this was a great way to celebrate by doing what Vodafone does best – connecting people.”

In the past three years alone Vodafone has invested more than $3 billion on its network and services, and its network now reaches 96% of the Australian population. By the end of the year, its 4G network will reach 95% of the metropolitan population.

Vodafone employs more than 3,500 people in Australia, and is bucking the trend by last year announcing it would double the size of its Hobart contact centre which currently employs almost 1000 Tasmanians, making it the second largest private employer in the State.

Vodafone Australia is part of the world’s second largest mobile telecommunications company, Vodafone Group, which operates in more than 50 countries, and has 434 million customers worldwide.
-ends-