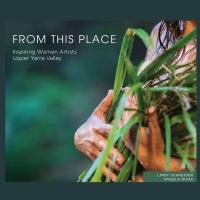 VCAT ruling supports Community that says No to Narconon

Say No to Narconon Warburton is pleased to receive the ruling from VCAT refusing the appeal lodged by the Association of Better Living against the Shire of Yarra Ranges (Case P758/2014) on 5 February 2015. (Linked here.) Throughout this process Warburton community group Say No to Narconon (SNTN) has been involved in this hearing as a vital and affected third party.

VCAT’s decision to uphold the Shire of Yarra Ranges 11 March 2014 decision to unanimously refuse a “Permit for use” for Narconon/ Get Off Drugs Naturally (GODN) to run their drug and alcohol rehabilitation facility from the Green Gables site in the heart of Warburton clearly reflects the depth of consideration given by the members, and the objections lodged by our community in Warburton, which accrued to more than 400 voices. We thank the members at VCAT for their thoroughness and dedication in making this decision.

From the outset of this campaign in June 2013, this community asked for the truth from GODN about the operations and incidents that are experienced in their business. Instead of our requests being met with honest and complete responses, our questions were met with derision and misconstrued replies. Even at council meetings, the level of misinformation alarmed not only the community but also our local police, who appeared at the VCAT hearing for SNTN as an expert witness.

Throughout the hearing it became increasingly evident to our community that:

·       The level of security proposed in order to secure a permit was evidence that the location was inappropriate, particularly in an established low-density residential housing zone and in close proximity to a primary school and ‘at risk’ teen education facility;

·       Based on past performance, the capacity of Narconon/Get off Drugs to meet and maintain such security standards was questionable;

·       That the relevant authority (specifically the local council) could not be reasonably expected to oversee the proposed conditions of the permit application  (more than 30 in total) given the resources, expertise required (in drug and alcohol rehab)  and lack of finality of the permit.

This affirmed both the community and council’s established position that the Green Gables location is inappropriate as reflected in the Statement of Grounds (11.3.14 decision):

1.     The proposed use does not achieve an appropriate land use as set out in the Yarra Ranges Planning Scheme.

2.     The proposal would result in an unreasonable impact on community safety

3.     Green Gables is an inappropriate location for a drug and alcohol rehab centre

4.     The proposal will not provide a net community benefit

5.     The proposal will result in an unreasonable impact on amenity on the surrounding neighbourhood.

Our campaign was based on factual data obtained through a Freedom of Information (FOI) request and this data bought to light the very real and present security and safely risks GODN posed for the proposed location. (A summary of 33 significant FOI events is shown below.) Full report here.

o   Events spilled from the facility into the community, for example a patient armed with an axe harassed neighbours, an assault occurred at a local supermarket, a local pharmacy was robbed

o   82% of incidences occurred between 8am and 6pm

During the VCAT hearing it also became evident that these risks indeed continue to occur in their current location at East Warburton (12 kilometres outside the Warburton township) and we trust that the relevant authorities and government agencies will consider the submissions and cross-examinations lodged during this VCAT hearing with diligence.  We call for a parliamentary inquiry into the continued operations of GODN, to ensure the patients and staff of this facility are given appropriate care, and the community does not have to endure further incidents.

SNTN does not oppose drug and alcohol rehabilitation. On the contrary we fully support and welcome facilities located in appropriate circumstances and with the necessary accreditation, evidence-based practice and accessibility our community deserves. This has never been the case with Narconon/GODN.

The VCAT decision concludes a campaign that has occupied the Warburton community for almost two years and has taken considerable time and resources to facilitate. We thank our community for their ongoing support, and for joining with us to represent our best interests, general amenity and safety. This is not only a win for Warburton, but also a reminder to all communities in the future that their voice is valuable and can be heard.

Interviews available with Say No to Narconon Warburton team:  Nicole Fox, Andrew Hunter and Lindy Schneider and with other residents and community members by request.