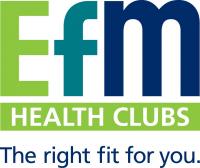 EFM Health Clubs has announced the appointment of fitness industry veteran Patsy Askew to the role of Queensland State Manager.

Patsy brings a great deal of expertise and passion for the brand to the role, having been an EFM Health Clubs Franchisee since 2011 as a Franchise owner at EFM Herston.

In that time, Patsy has been named the group’s Eastern State Franchisee of The Year in 2011 and a Finalist on two occasions, 2011 and 2012

The role will involve growing existing business, supporting Franchisees and exploring opportunities for expansion throughout the State.

This is a very exciting appointment for EFM, which is in line with the group’s strategic Plan to support Northern Franchisees and grow the EFM Health Clubs brand in NSW and Queensland.

Patsy will commence the role in June 2015.

The appointment of the Queensland State Manager position comes on the back of EFMs recent appointment of a new full-time Marketing and Franchise Support Manager, Roc Pascale.

With over 65 clubs across Australia and expansion into Western Australia scheduled for the latter half of 2015, the group continues to thrive as one of Australia’s most well-established and successful fitness franchise groups.