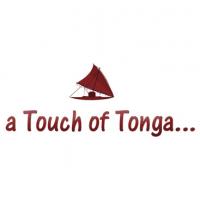 Announcement posted by a Touch of Tonga 05 Aug 2016

Should we leave young people out of Classical music audiences?
The Guardian newspaper observed in 2009 that an entire British generation has apparently grown up alienated from Classical music. The article goes on to explain how Classical music has become a kind of toxic product because it suffers from a range of negative connotations and misconceptions. The question is asked: how can today’s young people reconnect with Classical music, in other words “take-back ownership” of Classical music, as young people had in previous generations?
In Richard Dare’s Huffington Post article “The Awfulness of Classical Music Explained”, Dare relates that Classical music has become awful and boring, mainly because of how it is presented and what unrealistic rules of etiquette concert-goers must observe when they attend performances. He goes on to point out that previous generations had a kind of pop-culture admiration of Classical music with audiences even screaming and standing on chairs during concerts. He suggests that Classical music wasn’t intended to be listened to by a “stony-faced audience in silence”.
Dare observes that even Beethoven would be dismayed at the way his music is performed today. The strange quirk of the matter is that most people readily recognize Beethoven’s music, but very few actively listen to his music nor attend concerts where his music is performed. If only Beethoven could be better ‘marketed’ to young people, maybe they would actively identify themselves with his music and go on to attend concerts and perform Classical music themselves?
Greg Sandow in Arts Journal documented the drastic trend of the aging Classical music audience. He shows that in decades past Classical music was for people of all ages, but in recent years the average listening age has moved from those in their 40s to their 50s, and beyond. This growing disconnect highlights a need to devise innovative strategies to reconnect the grand compositions of Classical music with as many young people as possible in the hope that they will make this music their own and take it with them into the future.
One such musical project and potential marketing tool for connecting Classical music with the younger generations is entitled “Classical Made Modern”. It is comprised of two music albums where famous Classical music compositions are performed in contemporary styles of music like rock, jazz, hip hop and more. The idea behind this is to show that Classical music is both highly technical and enjoyable at the same time.  The original Classical Made Modern album was released in 2015 and it was followed this month by Classical Made Modern 2, which features even more pieces in a thoroughly new context that will be sure to incite a response in listeners!
Those albums feature compositions by Beethoven, Chopin, Dvorak, Faure, JS Bach, Schubert, Schumann, Tchaikovsky and more, and the pieces are arranged quite distinctly from the original compositions.  The traditional orchestral instruments are replaced by electric guitars, electric pianos, drums, electric bass and more.  The albums are available on iTunes, Google Play and other online music distributors.  There is a web site featuring the albums at www.classicalmademodern.com and it is well worth forwarding the address of this musical project to your friends, family and the young people you know for their comment and review.
References:
- Classical Made Modern. Retrieved from https://classicalmademodern.com
- Dare, Richard (2012, May 29). The Awfulness of Classical Music Explained. Huffington Post. Retrieved from http://www.huffingtonpost.com/richard-dare/classical-music-concerts_b_1525896.html
- Sandow, Greg (2011, March 1). Age of the audience. Arts Journal. Retrieved from http://www.artsjournal.com/sandow/2011/03/age_of_the_audience.html
- Service, Tom (2009, April 2). Why we are shutting children out of classical music? The Guardian. Retrieved from https://www.theguardian.com/music/2009/apr/02/classical-music-children
Message our PR team