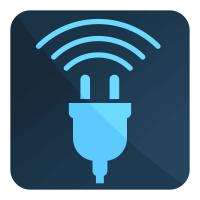 carbonTRACK has recently been awarded an Accelerating Commercialisation grant from the Australian Government Department of Industries to bring their new Smart Meter to the Australian and International Market.

carbonTRACK’s intelligent ‘smart meter’ is for electricity utilities, retailers, and consumers. It can be used to control homes, renewable energy, electrical appliances, and helps manage grid infrastructure. The Smart Meter’s accurate control reduces electricity consumption and costs to make the electricity efficient. This technology could be the key to preventing future blackouts in the grid, as well as distributing the energy in an optimal manner..

If the supply and demand can be normalised, the electricity production infrastructure can operate in an optimal manner, and peaks and troughs can be reduced.

Suppliers of electricity have very limited visibility over demand and users have no idea of its varying costs throughout the day. This market blindness has previously been unavoidable, because technology hasn't existed that provides both sides of the market with live visibility and the ability to interact and respond instantly.

Electricity is something we take for granted, but the electricity sector is a complex mix of physical assets regulators and consumers. Electricity must generally be used the moment it is produced. Because of this, demand and supply are unable to interact the way they do in normal markets. carbonTRACK’s Smart Meter has the ability to create smart grids.

A smart grid is created through the increased use of digital information and controls technology to improve reliability, security, and efficiency of the electric grid. It involves the dynamic optimisation of grid operations and resources through the development and incorporation of demand response, demand-side resources, and energy-efficiency resources and the deployment of `smart' technologies (real-time, automated, interactive technologies that optimise the physical operation of appliances and consumer devices) for metering, communications concerning grid operations and status, and distribution automation.

“carbonTRACK’s Smart Meter lifts the curtain of ‘market blindness’ that exists between the supply side of the electricity market and the demand side.”

Visibility is created through data collected and shared with electricity generators. This is the first step to more efficient electricity supply.

The second step is managing electricity demand by controlling non-essential household devices. This ‘behind the meter’ control of consumption gives suppliers the ability to react instantaneously when supply exceeds predictions by turning off non-essential loads such as hot water systems and pool pumps, and requesting that energy stored in batteries or self-generating enters the grid. This control has the potential to eliminate the need for peaker plants entirely and, in doing so, removing billions in electricity infrastructure costs each year.

carbonTRACK’s Smart Meter also helps to make better and smarter use of PV solar. Current grid architecture doesn’t adequately support end-point generation, and a lopsided adoption of solar causes grid instability issues. This is why in Southern Queensland, where residential rates of solar are in excess of 30%, two-thirds of generated solar power is at times blocked from entering the grid. carbonTRACK’s Smart Meter uses predictive analysis of available solar energy using weather forecasts, and other mechanisms to assist suppliers in managing grid stability. It ensures that as much as possible solar energy is consumed where it is produced.

For its entire existence, the electricity sector has been forced to tolerate efficiency losses of up to fifty percent in the transport and use of power. The cost, both financial and environmental, is much higher than they would be if demand and supply could interact and renewable energy sources could be effectively and completely integrated into the existing grid.

With carbonTRACK’s Smart Meter, everyday people will save money by switching off devices when they are not needed and scheduling heavy loads, like hot water systems and pool pumps, to run at optimal times.  Grid infrastructure will also become more efficient, and greenhouse gas emissions will be substantially reduced across the entire electricity sector. The Smart Meter has the unique technical capability, and non-invasive infrastructure that has the potential to convert the electricity grid into the much-coveted and long anticipated (but as of yet unrealised) Smart Grid of the future.

Accelerating Commercialisation support from the Australian Government Department of Industries will help carbonTRACK commercialise this disruptive technology for Australian and global deployment in homes and businesses to reduce electricity costs; grid infrastructure stress, and greenhouse gas emissions. It is set to generate jobs, technology expertise, and export income for Australia.

carbonTRACK is an energy management and Internet of Things (IoT) company that helps businesses and households to use less power to save money and the environment. We envision a world where energy is consumed sustainably, shared fairly, and all people have access to tools to control their energy use. Our mission is to develop intelligent energy solutions that empower people and engender sustainability through creative technologies.