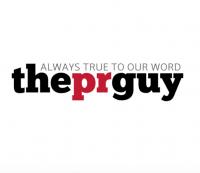 IN spite of marginal improvements nationally in the 2017/18 quarter, small and medium sized businesses in NSW recorded an almost a seven per cent insolvency increase for the 2017 December quarter when compared with the corresponding 12 month period.

According to the latest Australian Bureau of Statistics figures, NSW experienced a total of 589 EXAD’s (Externally Administered and/or Controller Appointed) insolvencies in the final quarter of last year up from 551 in for the same period in 2016.

This compares with a 12 per cent decrease in Victoria in the same quarter and four per cent reduction in Queensland.

Nationally, court liquidations were also up over the period by 5.8pc while receiverships jumped an astonishing 27.4pc in NSW alone during the December 2016-December 2017 audit.

While the ASIC's quarterly insolvency statistics for the second quarter of the 2017/18 financial year, show a decrease from the previous quarter of 13.3% in companies entering external administration (EXAD) the most worrying trend was receivership appointments, which increased 35% nationally on the back of disturbing increases in New South Wales and Victoria.

With just over 2 millions small businesses (those employing less than 19 people) currently operating in Australia at present, the latest figures should be raising alarm bells according to one of NSW’s leading business planners.

Alan McGillivray, a fellow of the Institute of Chartered Accountants and CPA Australia with over 40 years experience in the accounting and business advisory industry says the ASIC’s figures are hugely concerning and should signal a wake up call for both small and medium business owners.

“It’s no secret that online trading is having a major impact on businesses globally, but what is not being reflected in the figures in NSW are many opportunities for growth in the area.

“What is increasing apparent is that structurally, many small and medium businesses are still failing to develop any real strategic plan when it comes to ensuring their security.

“ From preparing and monitoring budgets through to forecasting cash flows, four out of five small business owners have no blueprint for survival let alone growth”

Having served on a number of National Tax committees and used by Australian Law Courts to provide advice in relation the business valuations, Mr McGillivray says that while not all businesses close due to so called business ‘failure’, those that do also face a complex statutory process which can be daunting.

“Latest figures indicate the number of businesses coming into the Australian economic market is rising by around 1pc. While this may sound insignificant the increase equates to 21,000 new businesses nationally, many fail to do any sort of due diligence when entering the market.

“With 60pc of small businesses ceasing to operate within the first three years of starting, clearly defined financial goals, a documented business plan and solid reporting are the first key steps to survival.”

“Without a roadmap, it’s no different to simply hopping in the car and driving to some unknown location only to find that along the way there were no service centres to keep the vehicle on the road.

“The result of course is that you will eventually be unable to continue the journey let alone reach some vague destination you haven’t planned to reach.”

Mr McGillivray added that given the importance the health of small and medium business plays a hugely important role in the local economy time was fast approaching where training and additional resources be made available by authorities to ensure the future of the sector.