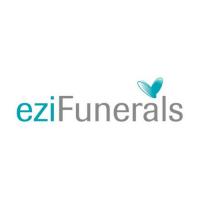 It seems like a smart investment strategy. Buy up all the small independent funeral homes you can get your hands on (the deeper they are in the local community, the better). Keep the signs and ramp up marketing with the old family names. Reduce inefficiencies. Introduce economies of scale. Continue to raise prices way above inflation. And position yourself perfectly for spectacular growth in the share price when, the baby-boomers start dying off in droves by 2025.

Sound familiar? What a great concept! Your classic ‘protect and grow’ strategy with a morbid twist, just the thing to gain investor interest.

In recent years, the ASX and corporate investors have fallen in love with the two companies that are doing it, being InvoCare Limited (ASX: IVC) which own brands such as White Lady Funerals, and the newer Propel Funeral Partners Ltd (ASX: PFP). Between them they likely account for more than 40% of the Australian market after recent acquisitions. So what’s the problem? You can’t go wrong with death and taxes, right?

The funeral industry is being disrupted

The funeral industry in Australia is going through considerable change with new funeral disruptors such as eziFunerals  taking on the funeral giants. eziFunerals business model relies on connecting consumers with independent funeral services providers who sign up to its colloboration platform. Since its launch in 2017, eziFunerals has experienced considerable growth by users and has seen a big shift in volumes from the corporate brands to smaller independent funeral homes. So, of course, as the company itself acknowledges, it is not an impartial commentator here.

According to Peter Erceg, Founder of eziFunerals, there are two major factors at play which will sigficantly impact on the larger corporate funeral companies in the future. 'Lower funeral volumes' and 'declining revenues'.

Another problem for these companies is declining revenues. More Australians who die these days are choosing ‘no fuss’ ‘direct cremation’ funerals (which can cost less than $2,000) compared to a traditional funeral service, which can range between $4,000 for a basic cremation to around $15,000 for a more elaborate casket, burial and flowers.

eziFunerals Founder, Peter Erceg said ‘Larger funeral providers have traditionally been able to charge high prices because of a lack of competition but more and more consumers are increasingly shopping around to find the best deal.

InvoCare and Propel Funeral Partners, have seen their share price fall significantly FY2018 due to the introduction of disruptors like eziFunerals, fierce competition from smaller independent competitors and increased transparency of pricing that has seen consumers shop around online for the best deal. As a consequence, these companies are slowly losing market share and are being forced to reconsider their market strategy in order to avoid a painful death.

eziFunerals is a free consumer advocacy and funeral planning platform that supports individuals and families cope with end of life decisions, death and funerals. We are an independent, Australian-owned and operated company, and are not a subsidiary of any other corporation. We are not part of any other funeral company. Founded by consumers frustrated by how difficult it was to get independent information, eziFunerals supports consumers plan a funeral, compare prices and select the right funeral director anywhere, anytime.