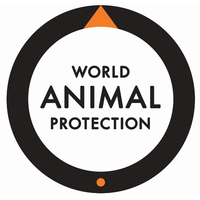 New whistleblower footage has renewed calls for an urgent phase-out to begin of crocodile farming in Australia, which has been described as a barbaric and inherently cruel industry.

French luxury brand Hermès plans to greatly expand their farming of Australian saltwater crocodiles in Australia’s Northern Territory by up to 50,000 crocodiles if plans for an additional crocodile facility proceed.

According to a 2021 report by animal welfare charity, World Animal Protection, the welfare of crocodiles on these farms is governed by an outdated and inadequate Code of Practice that relies on decades-old science, meant to be updated years ago.

“The crocodile farming industry is grotesque and inherently cruel, where wild animals are denied a wild life or the freedom to exhibit their natural behaviours. Crocodiles are wild animals, not handbags. They are sentient beings who don't deserve to languish in plastic-lined pens for the profits of French fashion houses.

“We are calling on the Minister for Environment, Sussan Ley, to stop the expansion of this cruel and barbaric industry, by rejecting an export permit for the Hermès crocodile farm. As Environment Minister she has obligations to promote the humane treatment of wildlife. Crocodile farming is the exact opposite.

“An expansion of crocodile farming would send a message to the international community that the Australian Government believes the farming of wild animals and is acceptable. Instead, they should be working to phase-out and end the trade in wild animals.

“The wildlife trade is not only a source of animal suffering but threatens human health by creating conditions that could lead to future pandemics. We must accept that human wellbeing is intrinsically linked to the health of animals and the natural world.”

Australia accounts for 60% of the global trade in saltwater crocodile skins, with two thirds of that produced in the Northern Territory.

A recent poll, conducted by World Animal Protection, found Australians were largely unaware of the cruel industry with 74% of people not aware how Australian crocodiles were being farmed and killed for their skin*. The polling also showed that most Australians (88%) were unaware that French luxury companies like Hermès and Louis Vuitton (LVMH) owned most of the Northern Territory’s crocodile farms*.

In response to the shocking new footage from a Hermès crocodile farm, World Animal Protection, alongside animal charities The Kindness Project, Collective Fashion Justice, Farm Transparency Project, Animal Liberation Queensland, Animal Liberation and others are leading a global digital protest targeting Hermés and their new proposed farm in Australia set to house up to 50,000 saltwater crocodiles.

The new Hermès farm comes as the use of exotic skins is becoming increasingly controversial; leading brands like Chanel, Victoria Beckham, Mulberry, Karl Lagerfeld, Vivienne Westwood and Tommy Hilfiger have committed to or are moving away from using exotic skins and wild animals in their products, shifting to humane alternatives.

WAP has been lobbying the G20 world leaders - of which Australia is a member - to end the global wildlife trade and has received over 1.1 million petition signatures.

The new footage was provided to The Kindness Project by Farm Transparency Project, and can be found on www.dropcroc.com.