Cloud compromise continues to be a top cybersecurity issue, underscoring the urgency for security teams to ramp up defences against DoS and DDoS attacks. Infoblox’s latest research investigated how the COVID-19 shutdowns challenged the financial services industry’s IT infrastructure and how cloud data breaches reportedly cost companies globally an estimated $4.2 million per incident. The results are based on more than 800 responses from IT professionals in the financial services industry in the Asia Pacific, the Americas and Europe. Infoblox 3.0 addresses the foundational challenges of the modern enterprise by enabling teams to build cloud-first networks and protect them with faster threat detection and remediation. Enabling these deployments help ensure customers can build networks that are: “The pandemic has pushed corporate networks into the cloud at an accelerated pace, and that modernisation effort continues as companies turn to cloud applications and services for their hybrid workplace foundations,” says Jesper Andersen, President and CEO of Infoblox. “Infoblox 3.0 enables organisations to reap the best of the on-premises and cloud worlds as they tailor networking and security for their cloud-first strategies. We’re giving customers the foundations they need — whether in the form of private clouds that stay on-premises, hybrid networks combining data centres with cloud offerings, or fully cloud networks.”

“Infoblox has been the DDI market leader since it pioneered this space back when network servers sat in closets on corporate campuses,” says Rohit Mehra, Vice President, Network Infrastructure, IDC. “Infoblox 3.0 is the culmination of the company’s work building out its BloxOne cloud-first platforms. Connecting the on-premises DDI capabilities of NIOS to BloxOne DDI and BloxOne Threat Defense enables customers to build the hybrid and cloud-only DDI networks that modern enterprises need for workplace transformation.”

“We’re excited to see Infoblox deepen its push into cloud-first networking and foundational security because customers are eager for hybrid and cloud infrastructure deployments,” says Brian Hepburn, CEO of Empowered Networks. “We’re seeing organisations double down on these foundations for flexible work as they reopen campuses. Infoblox 3.0 provides channel partners the solutions they need for a customer base that continues to delve further into hybrid and cloud to build the infrastructure of now and tomorrow.”

What customers are saying:

"There has been an increasing number of new web-based threats that have been difficult to address with a traditional cybersecurity solution alone. It became necessary to build a more multi-layered defense.” With the Infoblox’s BloxOne Threat Defense solution, “the cloud-based cybersecurity service easy to deploy to every other company within the Keio Group. It can also flexibly support the addition of new functions and minimise the hardware maintenance and operations costs associated with an on-prem solution.” – Keio Group (read more)

“DNS service was falling behind the demand. We considered cloud-based DNS solutions, but currently most cloud providers only serve external DNS requests, and our need was for both internal and external DNS services. The Infoblox GUI and general workflow is one the best appliance-based GUI experiences I have had as both an end user and as a technical lead. The day-to-day management of the boxes is a breeze, and I can securely back the Grid up via Secure Copy Protocol. And the Infoblox Grid configuration was a big bonus. In the event of a total failure, I could restore our Grid to a virtual machine in a matter of minutes.” – The Catholic Education Network (read more) 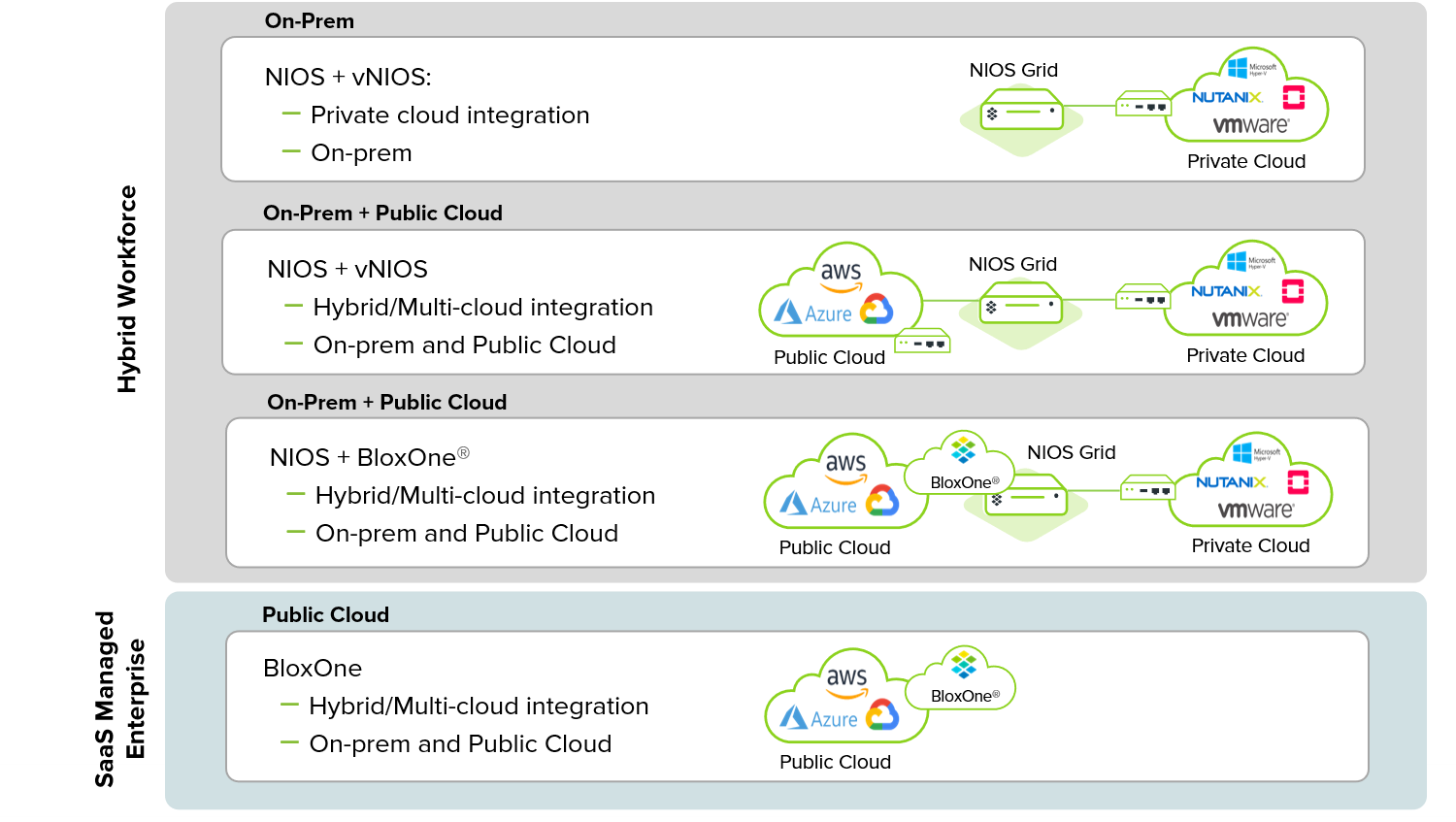 About Infoblox
Infoblox delivers the next-level network experience with its Secure Cloud-Managed Network Services. As the pioneer in providing the world’s most reliable, secure and automated networks, we are relentless in our pursuit of next level network simplicity. A recognised industry leader, Infoblox has more than 12,000 customers, including more than 70% of the Fortune 500. Learn more at https://www.infoblox.com.